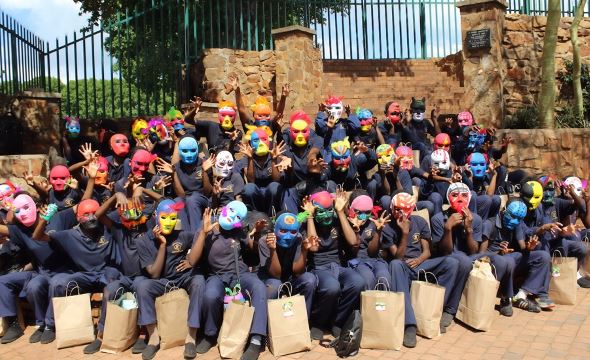 In 2008, Johannesburg experienced a heavy wave of discrimination and xenophobic attacks against the immigrant community. At that time, Colin Northmore, the then principal of Sacred Heart College, a school known to many for its fight against apartheid, was approached by the Marist Brothers and a Methodist bishop asking him to do something to alleviate the plight of immigrant children unable to access schooling. Sacred Heart College agreed to assist and the Sacred Heart College Board of Governors made a decision to extend its educational expertise to its neighbouring immigrant communities in the form of an afternoon bridging programme. This is when the Three2Six project was established. Despite being a constitutional right, the right to education in South Africa is not realized for many due to various barriers such as documentation. In addition, English is a pre-requisite for children to be able to enrol in school. Immigrant students often come from Francophone and Lusophone countries.

Three2Six offers 3 hours of daily education– from 3pm to 6pm – to immigrant children of primary-school age who cannot access state schooling helping them to get up to speed in curriculum content by teaching them English, Mathematics and Life Skills to join the public education system, and building up their resilience to prepare them for this transition. Students also receive meals, uniforms, textbooks, stationery and transportation services when needed………………………..